Pot Smurfs Are Proof That Accessibility Happens Without Legalization 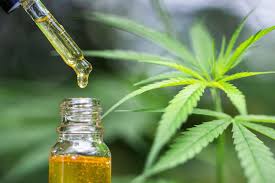 Are you old enough to remember “The Smurfs” cartoon show on TV? They were cute little blue guys (and a gal) with white clothes and a friendly disposition. In the United States, law enforcement officials are after a new kind of Smurf. They don’t live in mushrooms, but they may be carrying them.

Some strange contradictions exist in the American cannabis industry. Primarily because cannabis remains federally prohibited as a Schedule I drug. Some states have legalized both medical cannabis and adult-use (recreational). And they may be next door to states that have a zero-tolerance stance on cannabis. At least, for the time being.

Pot Smurfs are people who live close to a border between two or three states. The state of residence allows them to purchase medical cannabis or adult-use marijuana products. And while crossing a state border with Schedule I drugs is a felony offense, Pot Smurfs make a living doing it and supplying quality cannabis products purchased legally from dispensaries to people who cannot buy weed themselves.

Pot Smurfs also go by another name; “Loopers.” And while thirty-six states have legalized medical cannabis, people who live in states without access are getting impatient. And they have figured out how to purchase legal cannabis by illegal means quietly.

Americans in non-legalized states are using Smurf’s or Looper to Sherpa goods over state borders. They are often planning their purchases, using the website from the dispensary just over the border to order the best deals.

As you can imagine, it can be lucrative to be the person that fulfills orders and provides home delivery. None of it is legal, of course, but every state is experiencing the problem. The simple answer would be unilateral state legalization. And, of course, a long list of qualifying health conditions so that anyone who wants medical weed can get it.

But as much as states beleaguered by the rising healthcare costs of Covid-19 want the tax revenue, many jurisdictions face steep opposition. And some states like Texas have an “over your (almost) dead body” policy where only people with terminal illnesses or life-threatening diseases can get medical marijuana.

Americans are already self-medicating with cannabis. Whether they live in a legalized state or not. So, the question is how long lawmakers will continue to support cannabis prohibition—knowing that they are criminalizing citizens who want alternative options to manage physical and mental health challenges.

How Loopers Have Pot Purchases Down to a Science

Licensed dispensaries are prohibited from selling a large amount of cannabis to any individual. The legal limit for cannabis possession in legalized states is usually around two ounces. And dispensaries will sell to that legal limit. In Colorado, for instance, the purchase limit (even though adult-use is allowed) is one ounce per day.

But dispensaries are not connected to other dispensaries in the area. They may be digitally connected to their other business locations for inventory control and accounting. And while medical card holders have to swipe their card to track maximum allowable amounts, recreational users don’t have to. And that has created an opening for people called “Loopers”.

There is no mystique to the profession. Loopers simply loop around multiple dispensaries and make purchases. Then hightail it over the border to deliver to their customers. What is particularly sophisticated about the system is how dispensary websites are making that easier.

For example, if a Looper has a trusted customer, they can share the website from dispensaries visited on route. Then, the customer can simply shop for the weed they want. The Looper will call the customer (no texting or emailing) and verbally take the order. And a delivery and convenience fee are tacked on for the service, with a smile.

Are Dispensaries Aware of the Problem With Loopers and Smurfs?

Is there a dispensary out there that encourages Looper’s and Smurfs to buy, as a strategy to increase sales? Probably a few. But generally speaking, each dispensary that the Looper buys from has no idea. Licensed dispensary owners would not support the illegal activity. They are not the ones promoting it because they could lose their license.

But budtenders who work in the dispensary? They may be more willing to participate or ‘look the other way.’ And just in case you are wondering about how the budtenders get paid for their participation? It’s not at the time of sale. Dispensaries are like Fort Knox, with cameras everywhere. Typically, they meet up with their Smurf or Looper later. Grab a burger somewhere private and get paid for their help.

Dispensaries really can’t detect the problem. There are no discounts applied for the Smurfs and Loopers. They tend to pay regular prices for the products. However, it is common for Loopers to target dispensaries that have special discount days. Is it BOGO on the first Tuesday of every month? Your friendly neighborhood Looper will hit all dispensary deals. And sometimes, chalk up the price to the end-user.

Just imagine how much money a Looper could make if they were a senior? Every week there are significant senior discounts at most dispensaries. Still illegal. A felony offense, in fact. But one can imagine the possibilities.

How Do Pot Smurf’s Get Caught?

Pot Smurf’s and Loopers are generally not kingpin criminals. They are your average next-door-neighbor kind of person that considers smuggling pot to be a side-gig. And a lucrative one, at that. They aren’t driving a $70k SUV or truck. They may even be driving a minivan because no drug dealer drives a minivan. Except, they do.

Internet privacy is an illusion. There is a reason why GDPR was implemented in Europe, to protect consumers with stronger data privacy laws. And the reason why Facebook founder Mark Zuckerberg seems to be in court a lot lately. There is no such thing as internet privacy.

Any website that you surf is recorded. That data is always accessible to law enforcement, including the DEA. They can identify you by the unique IP number associated with your computer. From your IP, they can determine where you live. And also, review the websites you have been looking at.

It is easy to trace backward from IP searches and learn what dispensaries you are browsing. It’s then a matter of staking out the dispensary and your home to find out who is making deliveries. Eventually, the problem could lead to a centralized statewide (or interstate) database of purchases. But then again, that would be a violation of HIPAA laws for health privacy too.

Some jurisdictions may pursue charges and convictions. But as decriminalization seems to be a high federal priority in 2021, law enforcement might look the other way for now.

How To Use Medisave For Dental Operations